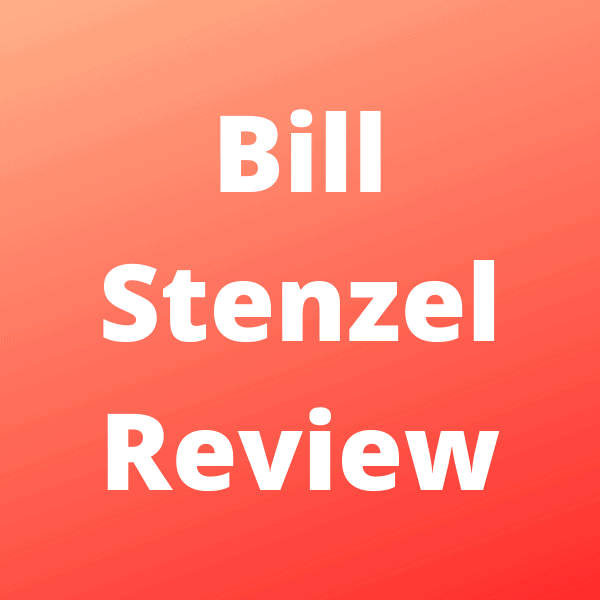 There are many Amazon courses now available on the market and Bill Stenzel’s Dominate Amazon course is one of them. Let’s have a closer look here.

There are so many YouTubers now showing the Amazon dream. Unfortunately, it’s often harder than what is portrayed. But one thing is for sure – you will need education.

Trust me – it’s so hard to learn from outdated videos on YouTube. Plus no one really shares the full How-To. Like every single step. It isn’t there.

There are some expensive Amazon courses out there, but Bill Stenzel has a great offer that I wanted to review. Is it any good for beginners? Let’s find out.

Obviously, Bill is a little bit “out there” with his approach to YouTubing. Like right there in your face. I guess you love him or unsubscribe, yes?!

I’m one of those who thinks that he’s on to a good thing. Certainly he’s not a fan of the gurus with the overpriced courses. Nor is he into the private label model.

I’ve been watching his channel for a couple of months actually. Really engaging content. It’s clear that he walks the talk.

Yep see what I mean: “They just want to sell you the course…” – it’s totally true.

And while Bill Stenzel has a course, the pricing is much cheaper. It’s one of the lower cost FBA courses available, so let’s have a closer look as to what you get.

Opening up I’m instantly surprised to see less content than other courses. But then again, Bill Stenzel’s focus is on bite-sized content that’s easy to swallow.

This module is often the overview or welcome section in any other course. Instead, Bill gets straight into the content. He talks about personal development, the basics of selling on Amazon, tools and resources plus other ways you can make money on Amazon.

In other courses, the educators often waffle on about this and that for far too long. It’s not until like module 5 or 6 that you actually get into product research. Guess what? Bill is immediately into product research in Module 2. 😃 I’m pretty impressed with the content here too

Some of the videos are with Gary, Cody Hawk and even Carlos. I’m glad that it isn’t just Bill talking as he can get overwhelming sometimes. Throughout this module, I would expect to take plenty of notes.

It’s a much shorter module here and based on shipping. I won’t lie to you – it’s a bit boring here. Like Incoterms and product inspections. This is important stuff you need to know about and I would recommend paying attention or even watching certain videos a 2nd time.

Right! We’re back to the fun stuff here. This one is all about creating an awesome Amazon listing. Not only this, but how to protect your listing from nasty people.

This module could be a bit longer in my opinion. Like it’s great, but not as detailed as other courses. Still, you’re looking at 2+ hours of content including a great interview with Brad Sutton from Helium10.

We’re almost to the end with almost the shortest module in Bill Stenzel’s Amazon course. I couldn’t help but think that Bill could have easily merged this into other modules. It’s mostly about the logistics of getting your product to Amazon and using Seller Central to create shipping plans.

Less than 30 minutes. Should be merged into Module 3.

In the final module, Bill hits a home run with the goods! It’s all about launching your product with a bang and scaling your new Amazon business.

Lessons include PPC, Brand Registry, getting insurance, inventory management and much more. I don’t want to spoil too much here, but definitely was impressed here.

Clearly what Bill Stenzel is offering in his Dominate Amazon course is great value.

The pricing is lower than it should be! Some others are charging like $1,497 for less!

Not only that, but Bill includes Copy Paste Profit for the Online Arbitrage crowd.

The cool part is that you’ll be plugged into a great community of action-takers.

You know – people on the journey just like you. I’d easily say this course is 4.6 stars.

Here’s the thing about this Amazon course thing – it’s a big moneymaker.

You know it. I know it. They know it too (especially those pulling $100k months…)

Because they can sell their courses to thousands of people like clockwork. 😲

And while he makes money from his training, it’s a lot less than others.

So he could just as easily put it up to $997 at least. Then throw in some bonuses.

Still, it would represent excellent value to people who are new to Amazon.

But here’s the thing: I know a guy with 8 figure results. 4 brands and true success.

Someone who really crushes it. And you know what? Doesn’t need to sell a course.

But he does have one and people buy it every single day. Because it’s just epic.

Then he woke up recently with a different thought. It rocked Amazon ‘gurus’.

“Screw this. I’m just going to make my entire Amazon course free for everyone”

Literally. Just like that. He’s made his full course for free. 😁 There’s only one catch.

I’m pretty happy with the content that I can see in Bill’s course.

The lighting and audio setup was great but could be tweaked to be even better.

I liked that he has multiple guest speakers inside his course. Genuine sellers.

Students really do get a feel from his free content that he’s 100% real with results.

And so enrolling into the course is obviously the next best solution today.

Joining in with hundreds of existing students on the inside. All eager to learn.

At the same time, the course price does hold some people back from it.

And luckily, I found a cool dude. Someone who’s done very well.

With a full Amazon course. You know – all the steps.

While on the other hand, it’s quite clear that:

Bill has a great Amazon FBA course for beginners. It’s straight to the point, affordable and has all the steps.

But just remember – Amazon isn’t easy. Bill even says that. I respect him a lot for bringing the truth to the table.

It’s gonna take work and capital. More importantly – time. Stay on the journey and see you on the marketplace!