I’ve seen a lot of survey sites running in Australia including Opinion World, so I felt this review would be helpful for beginners. Let’s spill the beans!

I’m one of Australia’s top bloggers. Been here since 2011. Almost a decade of work to help people see through the dust and dirt.

My blog has helped so many people over the years. Those who really want to find an alternative means of work. Where you can work online from home.

So, not only will I address exactly if this company is safe and legit, but I’ll also invite you along to a free training webinar. One that has the potential to change your life, as it has changed mine.

But more on that later.

This is an online surveys site for Australia. Opinion World has been around for quite a while but isn’t one of the best.

Thousands of people have joined. Everyone wants their slice of the pie.

They do give you the potential to make money online.

Some survey sites actually tell you what type of income you can make. Like, $5 max per survey.

(But they don’t mention that those $5 surveys take 2 hours to finish!!!)

You just find out afterwards.

Very frustrating, isn’t it? I’m sure you’ve experienced this before.

So there isn’t much different with Opinion World. There is a range of retailers that you can get gift cards from.

Pretty cool, especially as you can join for free.

I like that you can also sometimes get discounts from these retailers. Say you were shopping around for a new DVD, you could log in to your account and get a coupon or discount code.

So it’s clear that Opinion World is not a scam. It’s quite safe and legit.

But is taking surveys all day long really something that you want to spend your life doing.

It sounds like easy money, but it isn’t. There are better things to do in Australia.

Some of these survey sites quickly kick out certain members who do too many surveys. Because they realize that you’re out and about trying to make money.

The best way to avoid this is to find a better alternative. One that is more fun. Where you can learn the ropes slowly and build your own small online business.

If you’re like many people, you’re over the constant frustrations.

From the rent and bills, to the increasing fuel costs and more.

You’re looking for something easier. An online income stream you can depend on.

I went looking not too long ago. I wanted to travel and bring more freedom into my life.

My search took me far and wide. I simply *knew* there could be something. That one thing which could change my life.

…and then it happened!

Fate? Luck? I don’t know. But I discovered that building your own online business is entirely possible.

Without building fancy websites. Without calling on friends and family. Most important, without even needing to pick up the phone. Ever.

I worked at this. See – I have some work ethic. I genuinely wanted to work online. To be free. To have a life without the constant struggles.

That’s what I found…through having an open mind.

If you’re ready for something new. Something fresh and exciting, then I have some good news.

This is an opportunity to really build something worthwhile. One that has seen now thousands of people in Australia jump on board with. Without the loneliness of taking online surveys with Opinion World.

Quite simply, this is much better and is my #1 recommendation.

I found someone. A mentor. A friend. Someone that can really help you get results.

Her name is Sophie. A working parent who found the time to create her own online businesses. Much like me.

She discovered this opportunity not too long ago. Today, she works hard to not only run her own businesses, but also train new people.

People who want to learn. Those with an open mind. Everyday people who deserve so much more.

She has a 100% FREE training webinar where she teaches people how they can create their own online store.

Without expensive websites or lots and lots of upfront capital.

As Amazon sellers, we partner with Amazon to distribute our products around the world. We can make money day and night.

The best starting point is her eBook. From there, you can also register for the training webinar.

There are now thousands of people who have jumped on board. Those committed to in the to get some real results.

Isn’t it time you decided to make a change?

Opinion World is a real and legit website with some solid reviews. They have thousands of real Australians on board.

But the problem is the surveys themselves. It’s frustrating.

You spend so many hours to make such little money. You generally just get paid in gift cards anyway.

This is not the way I’d want to spend my days and nights.

I’d rather do something different. Something where I can potentially make so much more.

Through selling on Amazon, I’ve achieved just that.

And if you’re committed, the door is open for you too.

Hello again! 😃
Thanks for sharing a piece in my already 10-year journey of positive influence.

I've learned that online success doesn't come cheaply, easy or fast. It's merely consistent work, day in and day out. But trust me: it's worth every challenge! 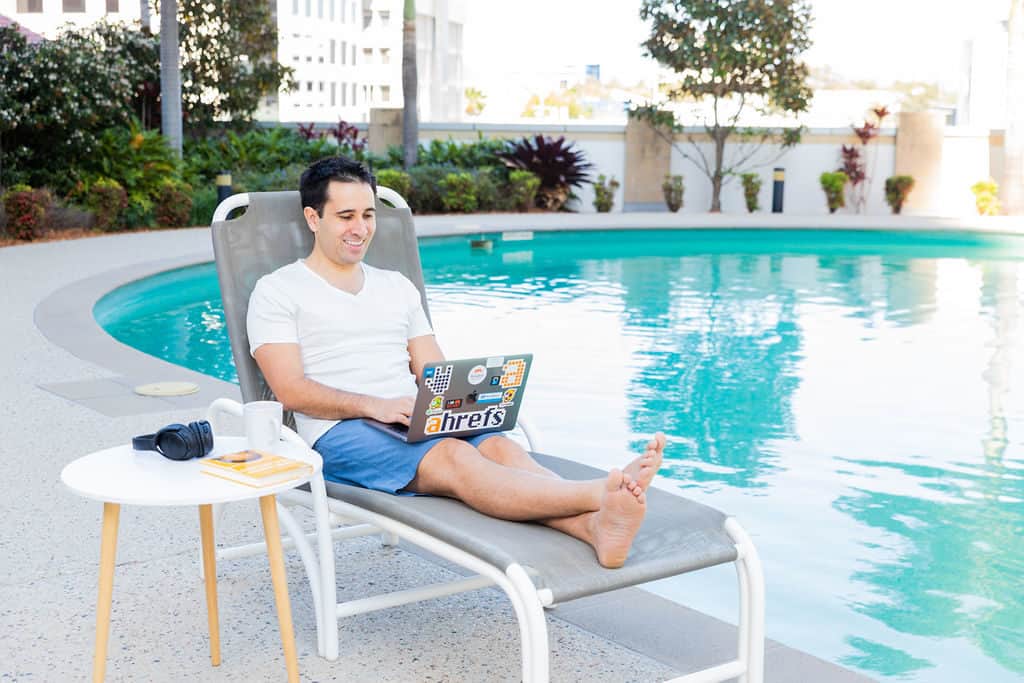