I’m hit up for invitations all the time via my blog, yet in the real world – I’m just too introverted and simply work very long hours to accept any of them, at least during this stage of my journey.

Which now begs the question: Do you need to decline an invitation from your friend or family member? Perhaps you don’t really want to go but do not want to hurt anyone’s feelings, especially during these troubling times.

There are ways to tread carefully. Here are some tips for you to follow to decline invitations as polite as possible.

Everyone, at one point or another, has received invitations that they don’t particularly want to accept. So, what do people do in such circumstances? Well, it’s either they say then regret it later or by simply ignoring it, hoping that it will all go away. The latter seems to be the practical way to avoid unwanted invitations, but ignoring a personal invitation may easily be interpreted as being very rude. More than we could realize, we are hurting someone by ignoring them.

Having an inbox full of things we want to say no to, but we actually didn’t is common nowadays. However, there just come a time wherein we couldn’t handle it any longer. As much as we don’t want to hurt the feelings of those who invited us, we just got to say no sometimes. However, how do we actually decline an invitation we don’t really want to go without having to hurt someone? Read on as I share with you some tips on how to gently tell someone that you weren’t interested in their invitation.

Declining an Invitation: The Wrong Way

Recall your previous month. How many times did you tell your friends or family members these phrases: “Sorry, something came up. I’ll get back to you soon.”, “I don’t really know if I can go. I’m way too busy right now, sorry.”, “Sorry bro, I just don’t know if I have the time. I’ll see if I can go.” etc.

All of us – even the prominent CEOs, the politicians you see on TV, the celebrities you follow on social media, and even your neighbor – have only 24 hours in a single day. That said, it is indeed ok to recognize the phrase “no time” as a blanket excuse for not doing something that you actually don’t want to do.

So, whenever you find yourself making the remarks mentioned above, you should stop for a moment and try to evaluate why.

In addition, perhaps the invitation isn’t on your priority right now. Maybe you just don’t actually want to do it. Even though they may sound hurtful at first, both of these thoughts are natural and perfectly fine. Try and save everyone’s precious time and effort by recognizing – and eventually acting upon – what is really going on.

That being said, the next time that someone offers you an invitation, be completely honest with them and especially to yourself. You may now drop the lame excuse of not having the time for it.

How to politely decline invitations

Do not ignore the invitation sent to you

Putting the invitation aside or just completely ignoring it won’t do you or the person who sent it any favors. In addition, the person who sent it needs to know whether or not you’d actually show up. Be considerate enough to leave them off the hassle of editing the guest list in short order. If you do not want to show up, it’s better that you say no directly rather than ignoring the said invitation. That is the proper etiquette, and that is what you should be implementing.

Save everyone’s time and effort. As soon as you precisely know whether you will be able to go or not, let the person who invited you know. Also, most events require immediate planning and budgeting. Help them pull off the event properly by not procrastinating with your decision.

Be thankful and honest

It does not matter whether you’d turn up or not; it is always best that you sincerely thank the person who invited you. The fact that he or she put in the effort to invite you should already be enough reason to feel thankful and honored. So, show them the rightful courtesy by being completely honest with them. Do not try and come up with false excuses. If you don’t want to go, then be honest about it. That should already be enough.

Try and ask for a different time

In the specific case that the invitation is exclusive for you, let the person know that you would be unable to make it at the time he or she has requested, but you’d love to get together with them at another time or day. If he or she agrees, then that’s good for you. With that said, this option is obviously unviable if the invitation is for a group get-together.

If you cannot make it in the event that you are invited for, keep your explanation on why as short and straight to the point as possible. Furthermore, doing otherwise will only make you sound as if you are actively trying to come up with an elaborate excuse just so you wouldn’t come. Also, remember that it is always best to keep it short and simple on top of being completely honest.

If you cannot personally go to the event, such as birthday parties or baby shower, sending a gift as courtesy would be an excellent idea. Attach a card that mentions something about wishing that you could be there on top of saying that you are looking forward to seeing the person soon. By doing this, even without you personally there, the event would already feel your presence.

The greatness that comes with taking back your precious time

You will be amazed by how great it feels to clear out the hassles of extra obligations and to start fresh. In summary, learning how to decline invitations politely will force you to be honest with yourself about what really is important, make others value your commitments and time more highly, and free up your mental energy to worry about the things that you actually want to care about. And believe me, acquiring such just feels so incredibly amazing.

The best part of it, once you do decide to decline, you may live guilt-free and actually use your energy to commit to the things that you will actually do. Remember that refusing on an invitation that you don’t really want to go does save not only your time but also the person who invited you. 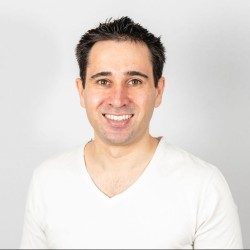 Joshua
Hello again! 😃
Thanks for sharing a piece in my already 10-year journey of positive influence.

I've learned that online success doesn't come cheaply, easy or fast. It's merely consistent work, day in and day out. But trust me: it's worth every challenge.

Our best work is done in partnerships. I joined this epic community where my life changed forever, and I look forward to seeing you on the inside real soon. 👍

I’d like to invite you to explore my site and discover the numerous FREE resources that will assist you on your journey. I’m always very happy to share with you excellent ideas through the blog and strategies that can make a solid difference in the quality of your life.