My blog assists my philanthropic pursuits. I may earn revenue on some pages. More on this. 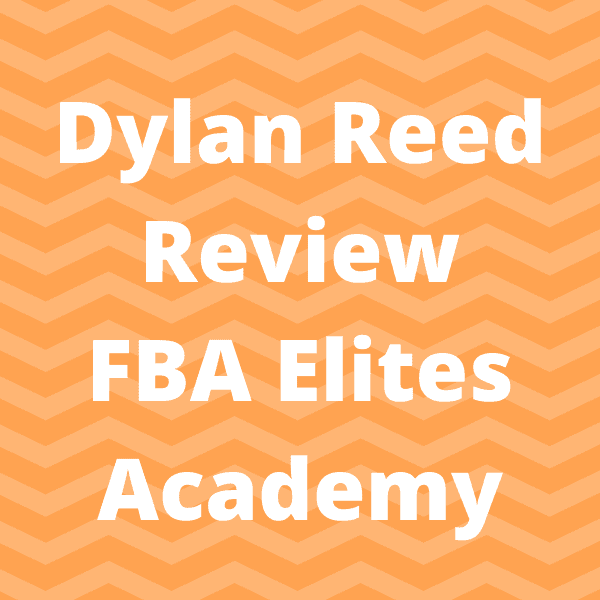 So while I’ve done numerous Amazon FBA courses already, when I was asked to do a review of Dylan Reed and his FBA UK course, I was eager to take a look closer.

What we all know for sure is the immense potential that building an Amazon business brings. You know – a real business with freedom potential.

Yet some of us have this inner voice and want to research further. My blog has been very helpful in that regard for tens of thousands of people already.

My thoughts on Dylan Reed

I thought it’s best to start with my thoughts on Dylan. Is he legit? I’ve lost my fair share of money through bad decisions and done a fair share of Amazon courses, and not only that, launched more than 1 product.

The thing is: Selling on Amazon isn’t easy. That’s why you gotta take a course man.

So I’ve done a few since starting in October 2015 and have seen the gurus. And it’s clear to me that Dylan really does walk the talk.

What I love firstly is the depth of his content. Like…he’s got so much great stuff for free available on YouTube.

See there are others who don’t share so much for free, so it’s hard to know if they are any good. You know – like their content delivery methods. Communication, lighting and sound quality. That’s quite important.

That’s a prime example. Not only that…it’s his results. Clearly he knows his stuff!

Now we gotta get into the course, you know. Gotta see what is on offer here.

Upon opening it up, I was quite blown away and impressed. So much content!

Most beginners would be a bit overwhelmed as to what awaits them on the inside.

Like you’ve got the entire courses but then a whole heap of great modules too.

Real people who have paid and become members, all together on a journey.

So I’m going to mainly cover his complete Amazon course, as opposed to bonuses.

Because most of you already know the other awesome stuff included in here.

After going through some brief introduction-style videos, you’ll start here.

Module 1 is all about business setup. It’s a short module of around 30 minutes.

Another short module awaits you here. About 25 minutes split across multiple videos.

Here Dylan covers the basics of accounting and insurance, bank accounts and patents.

This is a longer module but also is a bit boring. It’s on corporate structures.

I like that it’s specific to the UK marketplace. Most other courses are for the US.

Again, another module that could be merged into Module 3.

Finally! In this one, we’re into product research on Amazon FBA UK.

And tell you what…it’s an epic module! One that I really am impressed with.

It goes for a few hours actually. 😃 Get yourself some pen and paper for this one.

Dylan likes to use JungleScout but I prefer Helium10. I’ve used both previously.

He also shares some great tips for product research I rarely see in other courses.

(And no…I won’t spoil that for you. Dylan’s done well. You’ll have to get the course)

There are some great examples of products which are doing quite well here.

And the best part – it’s almost all catered for the United Kingdom, not USA.

So this module could be rolled into Module 4.

But after that last module, you will need a break.

(Product research is pretty intense, after all)

This module is probably even more important.

Because you’ll learn about how to find the right product.

How to bundle products together to get a competitive advantage.

Using competitors to find products which have serious potential.

Not only that, but Dylan talks about insurance policies for products.

This is especially important if you’re selling baby goods or health products.

And while he talks about the perfect product, trust me..there isn’t one.

But this module is going to get you pretty damn well close!

This is a pretty short module about branding. It’s mostly new content.

You’ll be learning how to properly brand your product for Amazon FBA.

Well done on this module, Dylan! I learned a few new things.

Elites Academy is worth it for this module alone.

Because this one is all about international freight, shipping and logistics.

Here’s the thing: You’ll need to know about this. It’s quite important.

A lot of the concepts might seem technical at first. And that’s OK.

Your freight forwarder will help you when it comes time to ship.

Just knowing about this is enough. You can binge-watch this one.

Dylan Reed could have easily merged this module into the previous one.

It’s the 2nd part of the previous module on shipping and logistics.

I learned a few new things regarding import VAT and EORI.

Other than that, it’s another binge-watching module.

This is an entire module on paying your supplier. Say what? 😅

In all seriousness, that’s more-so the title. Just half the module is on payments.

The rest is on communication with Chinese suppliers. Look up Guanxi.

Module 10 is another short module. It’s a bit more technical on barcodes.

And this module is a key reason why you need to buy an Amazon course.

Cause this sort of stuff isn’t really covered on YouTube. If it is, it’s likely outdated.

Now, this is probably the shortest module from FBA Super Seller, but it’s good.

This is a really actionable module on creating an Amazon FBA product listing.

It seems that Dylan Reed sells hazardous goods on Amazon FBA in the UK.

Why do I say that? You can see that he covers MSDS and Hazmat in detail.

In fact, this is perhaps the only UK course that covers this in such detail.

While the previous module certainly starts with listings, it’s not that full.

So in this module, Dylan really gets into the work of listing optimization.

Like the entire lot is here. I couldn’t find anything really left out in here.

This module goes for a few hours long. Again – get some pen and paper.

Another remarkably short module in the Amazon FBA Elites Academy.

The biggest problem with Amazon is running out of stock. It’s a machine!

(You know, apart from needing a lot of capital. A lot of people struggle here)

Dylan mostly covers how to deal with this reality of running out of stock.

The thing with Amazon is: You’ve gotta launch your 1st product with a bang.

Like really pounce on to the 1st page of Amazon with a launch campaign.

It’s mostly teaser content on how much money you can make on Amazon.

(Because they want you to buy their course…right?! It’s big money for them)

So again, this is another great module in Dylan Reed’s Amazon FBA course.

It’s all about making a killer listing that engages and converts a customer.

Because that’s what you need – sales. Otherwise, they go to your competitors.

Another few hours of video content. Get that pen and paper out again for this.

And this is what I see lacking with some other courses. PPC is very important.

Because Amazon is becoming more competitive today. You need to advertise.

Most other courses are based on the United States marketplace. This is the UK.

So the campaign manager looks and feels a little different.

And there are fewer people using it at the moment. Neat!

I haven’t gone through the bonuses, but you probably don’t need to at all.

Like just get halfway through this course and that’s enough to place the 1st order.

Instead of wasting time or binge-watching videos, start working. I mean it: WORK

Get into product research, order samples and seeing in that 1st order.

And it’s clear that Dylan has worked a lot on his Amazon business. Real experience.

So the FBA Elites is a great course. A solid 4.5 stars here with this training.

The lighting and audio could be better, but merely a 1st world problem. 😅

A free alternative to Dylan Reed

Here’s the thing about Amazon courses: They are big business, right?

Like there are people making a fortune from their FBA courses.

Now that’s OK where the individual is genuinely selling on Amazon.

Dylan Reed is one such example of someone who’s really doing it.

What you’re really wanting is to get started without it costing much.

Because you want to save some money for inventory, yes?

That’s the way I would go if I didn’t have much capital.

Luckily I know a guy. He’s got big results. Bigger than Dylan.

And this dude doesn’t really make anything from his full course.

It’s the best-value offer around. 😃 The full A to Z of selling on Amazon.

This one is based on the US marketplace, unlike Dylan’s which is for the UK.

This is one fine Amazon course. I counted about 40 hours of great content.

If you’re looking to sell on Amazon UK, it’s one of the best courses available.

In other words: I would highly recommend the FBA Elites Academy. 👍

With thousands of students already inside, you’ll be joining a cool community.

Dylan Reed has done very well here. I love that he’s catering for the UK market.

And at the same time, some people just don’t have enough for the course itself.

The problem becomes….how can you then even start the Amazon journey?

Since you don’t want to learn from YouTube videos. That stuff is outdated.

Well, by jumping on board with the best-value offer around right now.

And remember this: Amazon isn’t that easy. It’s gonna take some work.

A lot of work in fact. Then money. Then time. Several years in fact.

Stay on the journey. Go through the challenges.

Do more than what others are willing to do.

See you at the top! Onwards and upwards!

After doing this for 10 years, I’ve learned that online success doesn’t come cheaply, easily or fast. It’s merely consistent work, day in and day out, yet the rewards are certainly worth the constant grind.

Quick Question For You:

I Watched This Webinar 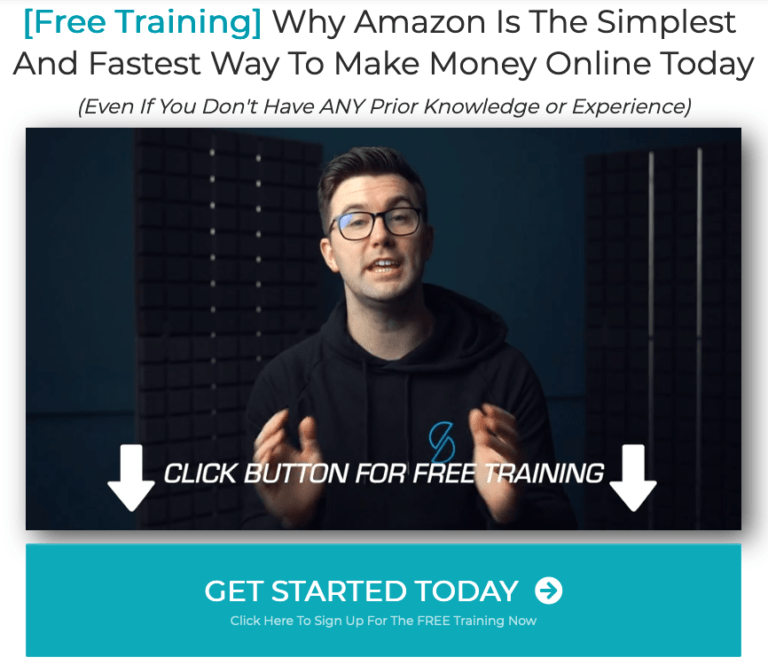