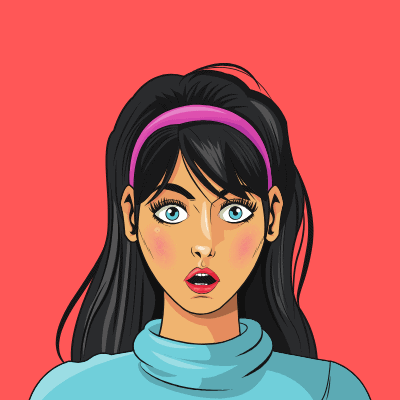 This is my complete review of Brock Johnson’s The Last Amazon Course which you could buy for $1/week or $24 outright. Should you even bother?

I haven’t yet found a working coupon code for The Last Amazon Course. If you do find working codes, then let me know.

Note: For those who can’t see it, I’ve written this article as merely tongue-in-cheek with a strong sense of sarcasm. If English is your 2nd language, this means I’m merely joking with the reader. This course is rock-solid.

I’ll soon give you the truth about this course. 😉

Brock Johnson’s team recently reached out to me and asked me to honestly review his course and become an affiliate. I had heard many great things about Brock but hadn’t yet gotten into his course.

And there is a key reason: So much content! 397 videos.

I’ve only gone through a quarter of them which is challenging.

Because I’m otherwise quite busy, unlike most people who haven’t built a business yet. I started learning about FBA in 2015 and selling since 2017, though much like Brock, have really struggled along the way.

Now, most reviews are very positive and quite boring. I simply wanted to give you something different. So here are the 10 reasons you might want to avoid this course:

1. Brock is selling so much that he doesn’t have time to build a big course!!

Oh, man! My biggest gripe. Have you seen the course? There are only 397 videos and 50 hours of content. 🙄 That’s not much at all… Why can’t Brock spend more of his time teaching his students instead of making millions actually selling on the platform?

2. Brock is enrolling so many more students that there’s no more room!!

Like a crowded train station, Brock’s course now means that each product will have a guaranteed 300 sellers. Even staplers for African zebras, organic left-handed candles and kids wine glasses will have heaps of competition. You won’t have anything left to sell that is actually profitable. Argh!

3. Brock makes all his money in course sales!!

We have another guru who’s making millions selling Amazon FBA courses. Brock Johnson’s Net Worth has increased to $2,000,000 USD. Imagine $1 per month x 10,000 students and he has a full-time income and instant millionaire status guaranteed. 😠 I wish he would drop the course price and make it more affordable…

4. Brock clearly doesn’t sell on Amazon as he doesn’t show his products!!

Brock’s at it again. Imagine if someone actually came into the market with a training program where they share their products and failures. Wouldn’t that be a novel idea?! They would earn a lot of trust, respect and reputation in the education space…

I’m sure there’s nothing here, so you’ll have to spend thousands of dollars to get Chinese legal documents and paperwork for suppliers from an attorney. Well, at least with other courses you do have to. Imagine if Brock included this stuff inside his course…

6. Brock started Amazon in the ‘good old days’ when it was easy

It’s so super duper hard to sell on FBA these days. 😬 When Brock Johnson started on Amazon, it was really super easy and he easily made millions of dollars in 5 minutes. The good days of Amazon are over in 2020 and it’s time to move on to something else…

7. Brock’s course is ordinary because it’s so cheap!!

The most expensive Amazon courses are incredible for content. Therefore, it’s gotta mean that Brock Johnson’s course is very ordinary. Because it’s so cheap, he neglects to put the effort into creating great content for students…

Have you seen the number of people promoting this course? Every time I open my email there are at least 20 people talking about Brock’s course! Why? They get paid $57,000 in commissions for each student enrolled. Yes, fifty-seven thousand! So friggin unethical… 😲

9. Brock just wants to show off by how much he’s sold on FBA

Through the videos, you’ll just see how much he’s made and how well he’s done. It’s merely a way to show off his success and inspire you, but he doesn’t want you to be more successful than him. Nope, not his intention at all. He won’t go deep and teach you how to do this, not at all…

We’re led to believe that Brock Johnson has become a millionaire through selling on Amazon. What you’ll see is his ordinary and casual clothing. How does he get away with that hairstyle? As students, we can only take him seriously if he’s driving a Ferrari, wears a suit and has a Rolex like the rest…

Now that we can see that Brock couldn’t possibly be the real deal, let’s look at this ordinary course:

Don’t look at the number of high-quality videos. Avoid looking to the right to the templates and documents that will come in very handle during your journey.

Under each video, there is a lot of community discussion too with personal responses from Brock. You shouldn’t be looking at that either.

There is too much value here and not any good. It’s gotta be all the scam. A way to make thousands of dollars from unsuspecting students who finally found a way to get started without costing them so much. I’m sure of it! 🤔

Brock Johnson has built a brilliant course with an AMAZING amount of value. 😃 This is the last Amazon course you’ll ever by, and for many, the first course. For you, it’s finally a chance to get started without spending a fortune.

Because now you’ll now have a lot of money left to launch your first product.

You don’t need to read a full review of The Last Amazon course. I don’t need to break down the modules. Really – you don’t need to waste hours dissecting to see ‘if this is any good’, because it clearly is incredible. Brock has done remarkable here.

If $24 for lifetime access scares you away from one of the best FBA courses you’ll ever buy, then Amazon isn’t the right business model for you. You probably shouldn’t bother, because ahead of you is inventory and freight costs are significantly more.

There is 1 available Last Amazon Course Coupon Code. Do you want to know what it is? I’m curious too. Do you need it? Probably not.

I mean really, the course is $1/week! Just get into it today. You won’t find a better deal than this heavily discounted Amazon course that requires no promos.

(In fact, I’m surprised his team even reached out to me to help bring more students into his course. He doesn’t need affiliates.)

What Brock has created here is absolute value with no upsells. Purely brilliant! This is close to on-par with the more expensive courses.

To be frank, it’s only the community that lets it down; mostly those with minimal funds and minimal results. That would be the only reason to consider more expensive courses, as it’s their community which are rock-solid.

To say it another way – if people spend $5k on an Amazon course, they’re pretty serious about building a business online and being surrounded by a raging-fire type of community. Spending $1? With little skin in the game, most of ’em won’t be so serious. Choosing your tribe is as important as choosing the right FBA course.

Curious what he’s worth? That’s important as you want to know that the person teaching you genuinely has attained both results and has a big bank account.

Brock Johnson of The Last Amazon Course is worth $2,000,000 USD. This is an estimation based on the research that I’ve done of his FBA sales and the income derived from consulting.

Now, Brock is worth significantly more than this. How? Because he’s delivered massive massive MASSIVE value. You can’t measure someone’s net worth in society based on dollars alone.

It’s what people say when you’re not watching that truly counts. Thousands of positive non-affiliated reviews and testimonials can’t be wrong. And a personal meeting with Gary Vaynerchuk? Priceless.

If you’re searching for incredible value for money, then it’s impossible to skip past Brock Johnson’s course. Even if you’ve done other courses before, you should get this course now. Twenty four buckeroos for some of the best content out there on how to sell on Amazon FBA successfully by someone who continues to do it consistently.

And if you want to join with my referral link where I’ll earn a commission, then you can join The Last Amazon Course here. This way both Brock and I can continue making our mega millions online… 😜